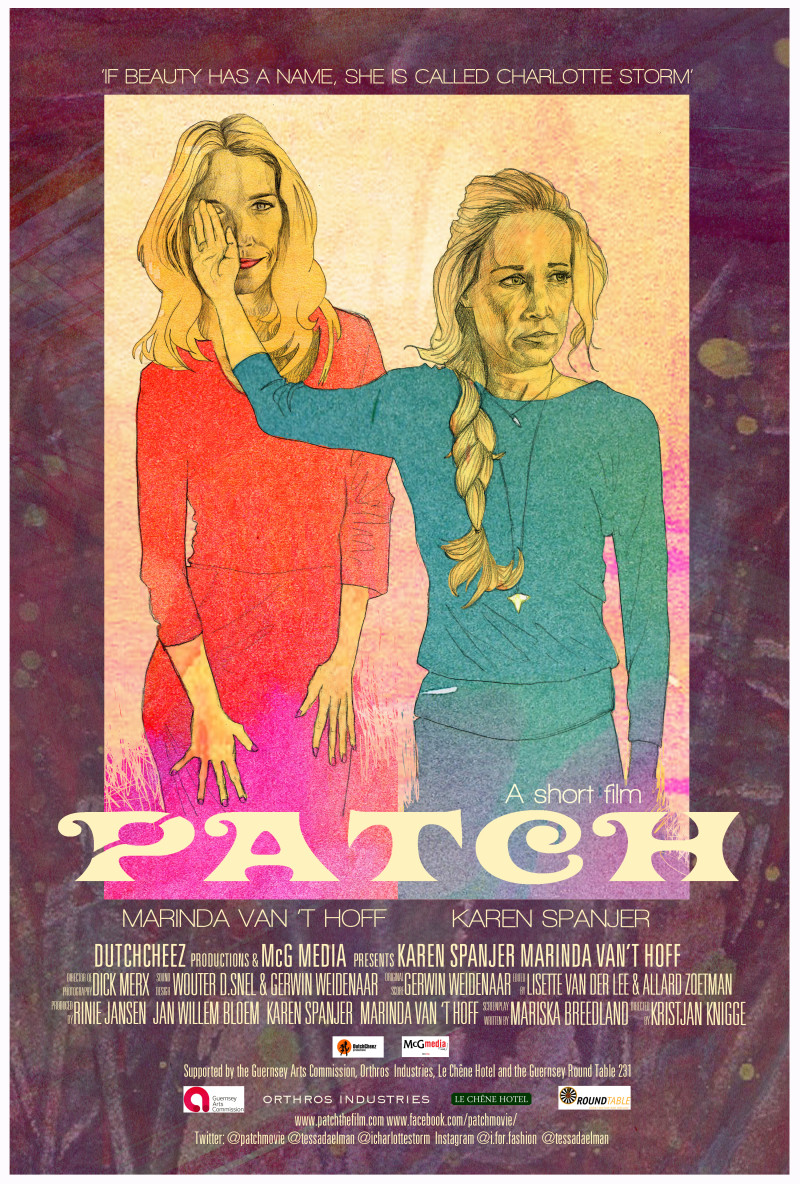 Sometimes dreams come true, although it can take a couple of decades….A girl’s dream I had is coming true. Last week ‘Patch’, an international short film, was screened before its first live audience; friends, family, crew, production team and befriended film professionals. It was a great evening in a cheerful atmosphere in the lively in Amsterdam-West.

‘Patch’ had to be accessible to a broad international audience and we wanted to film at an exceptional – preferably foreign – location. DutchCheez, Marinda van ’t Hoff & Karen Spanjer, travelled to the beautiful, but quite remote island of Guernsey. From that magical place great ideas surfaced. Back in the Netherlands McG Media came on board as co producer as well as British/Danish director Kristjan Knigge, who were both eager to take up the challenge to make this film. Full of inspiration and motivation we sailed back to this island two months later, with two vans filled with crew and equipment and a Guernsey crew and international cast waiting for us. This was the perfect place to let our characters come to life and to shoot our film ‘Patch’.

The film ‘Patch’ is part of a whole story: a short film and a sequence of online posts, blogs and comical sketches. These statements and sketches are part of a trans media campaign, using in character story telling. The film will be the main component of the complete story – but also stands on its own –. It will have an online release before the release of the film, but continues also after the film.