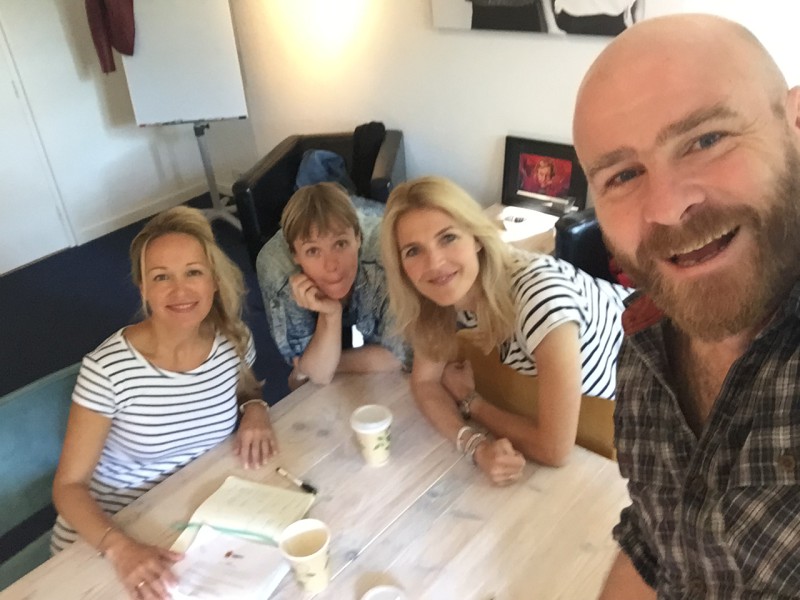 And we have lift off! Only 3 days ’till we start with the shooting of the short film Patch on the island of Guernsey. DutchCheez producer Karen already knows the island quite well. One of her best friends emigrated there to run a picturesque Fawlty Towers-like hotel: Le Chêne Hotel. This is how she discovered the idyllic island, so her visits became a regular thing. The island is a magical place: it feels like it is far away from the rest of the world; like a little paradise and at the same time it can be sort of a no-man’s land. This makes it the perfect setting for their black comedy.

We’ll see what happens to two BFF’s on this luxurious island of extravagant wining and dining, golf, interesting hotel guests and classical cars. Their carefree stay on the island will soon switch into something far darker.

We are lucky and proud to present our British/Danish director Kristjan Knigge who has taken it upon him self to look at the script together with screenplay writer Mariska Breedland, who wrote this little diamond many years ago, to add a big dollop of British humor to it. DutchCheez Productions and the Dutch producers of MacGyver will have support on the island from Elizabeth Went from the Actors Network Guernsey.

Besides that, Patch has become more and more a Guernsey film, since many Guernsey professionals, entrepreneurs as well as Guernsey actors are involved Patch! We have even received some funding from the island, which is extremely welcome, as we still need additional funding for post-production and distribution.

The production of Patch is in many ways an adventure. Our producing duo DutchCheez, Marinda and Karen, will also be performing as the main characters. It will be a very international film, with cast from Guernsey, the UK, France and The Netherlands. Plus: The release of this film will be preceded by a unique international trans-media campaign with partners Panopticon and Social Dialog.

So off we go! Today we are heading for Guernsey with our fantastic crew. Only 3 days till shooting!