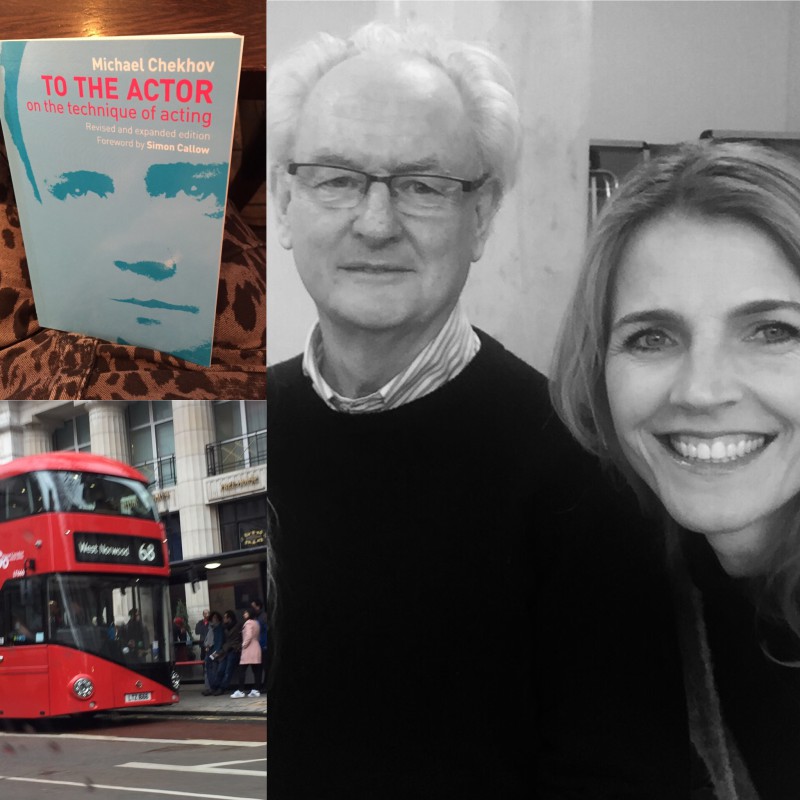 In February I took of to London for a two days master class Chekhov acting. Acting is a craft and needs a lot of practice. So after spending quite a lot of time on production activities, I was suffering from serious withdrawal symptoms and I felt my acting skills needed attention and new input. During my years of drama training I have worked with different methods. In my work I extract elements from Meisner, Method, Chubbuck and other approaches, but I did not have the chance to experience the appealing Chekhov approach. Unfortunately, Chekhov acting classes are hard to find in the Netherlands. A good reason for me to travel to the Michael Chekov Studio in London.

What happened in the next two days was life changing. Director/drama coach Graham Dixon led me to a new world of acting.

Chekhov developed a physical and imagination-based system of actor training, using the Psychological Gesture, a concept derived from the Symbolist theories. The system uses the imagination and body as well as the intellect, which makes it not only an acting tool, but I think, a life tool. It was so enlightening to work with this technique. I then also discovered that by using Chekhov’s 3 levels of consciousness (‘number 1, 2 and 3’) it was easier to remain fresh and resourceful in my acting. Another advantage is that the personal psychology of the actor does not get ‘worn out’ (in our point of view a risk of the Method approach when your are only deriving from personal psychology).